Rittman EMS began providing emergency medical service to the City of Rittman and portions of Milton Township in March 1981, after the Gillman Funeral Home opted out of the ambulance business. EMS in Rittman would be provided as a municipal third-service; meaning it is run by the City, but separate from the fire department. When operations began, the department purchased two used van-style ambulances and all the necessary medical equipment. These vehicles were housed in a garage under the current City Hall and what are now city council chambers.

Ed Bowen was hired as the first Chief of the department to oversee the implementation of public EMS in Rittman. Under his leadership, the department secured grant funding through the Ohio Department of Health, Emergency Medical Services Highway Safety Program to help fund the start-up cost of the service. He also spearheaded a project that would establish Rittman EMS as the first Paramedic-level service in Wayne County, and the surrounding area. Soon the department was not only providing emergency medical care, but was now being utilized to transfer critical patients from hospital to hospital.

Chief Bowen continued to serve the City, until August 1983, when Ronald Lloyd assumed command of the department. Chief Lloyd served as Chief until December 1984. Following Chief Lloyd’s departure, Alan Wilson began his tenure as Chief of Rittman EMS. He started initially as the interim Chief, and was appointed officially in January of 1985. Chief Wilson had been with the department since its inception back in 1981, and had served the community for a number of years prior to that as a member of Gillman’s Ambulance Service.

Under the leadership of Chief Wilson, the department experienced steady growth. He pushed for, and obtained, a stable funding source for operations; in the form of a property tax levy to support Ambulance Service in the City of Rittman. He also realized the need to keep up with technology and equipment. He and his staff began working on capital needs. In 1988-1989 the department moved into their current facility in North State Street after a bond issue was supported by the community to build an EMS building. Late 1994 brought the replacement of one of the initial van-style ambulances, to a modern modular ambulance. The second was replaced in late 1998. Technology was also updated with newer cardiac monitoring equipment, pagers, and radios. Members of REMS with one of the first two squads outside of the City Hall Garage–Now Council Chambers. (Circa mid-1980’s) Throughout his tenure, Chief Wilson closely monitored the increasing demands for service, time, and training on the staff. He understood the increasing call volume, combined with the dwindling pool of daytime volunteers, would place a burden on the future staffing needs of the department. In 1998, Chief Wilson proposed adding a part-time paramedic to help cover critical times. He also set up Rittman EMS as a State of Ohio Continuing Education Site so that he could provide current training to the members of the department. Chief Wilson provided Rittman EMS with visionary leadership through years of steady growth.

In late 2002, he announced his retirement from the department. Members Trudy Arnold and Mollie Watson were tapped to lead the department until a permanent replacement could be found.

After a lengthy process, Andy Baillis was promoted from within the department to the rank of Chief. He began his tenure in February 2003. Since 2003, the department has experienced steady growth, and has set new records for run volume. Chief Baillis was selected to attend the Ohio Fire Executive Program, and graduated in Class 5. The education he obtained through this program has helped him to begin planning for the future of the department. During Chief Baillis’ tenure, the staff has worked to update equipment and staffing needs. In 2006, the City started staffing a second day-time EMT to provide full coverage during the peak-critical daytime hours. A Capital replacement plan was implemented, and has seen the replacement and upgrade of ambulances, communications equipment, cardiac monitors, and patient handling equipment.

On January 1, 2019—after 37 years of serving the community—Rittman EMS was merged into the fire department, marking an end of one era, and the beginning of a new one. Today, Chief Don Sweigert leads a team of nearly 50 employees. 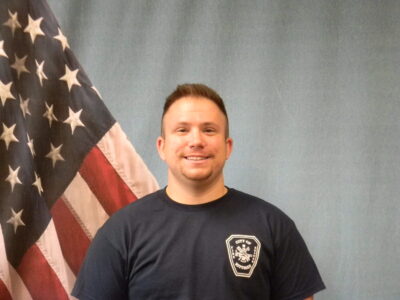