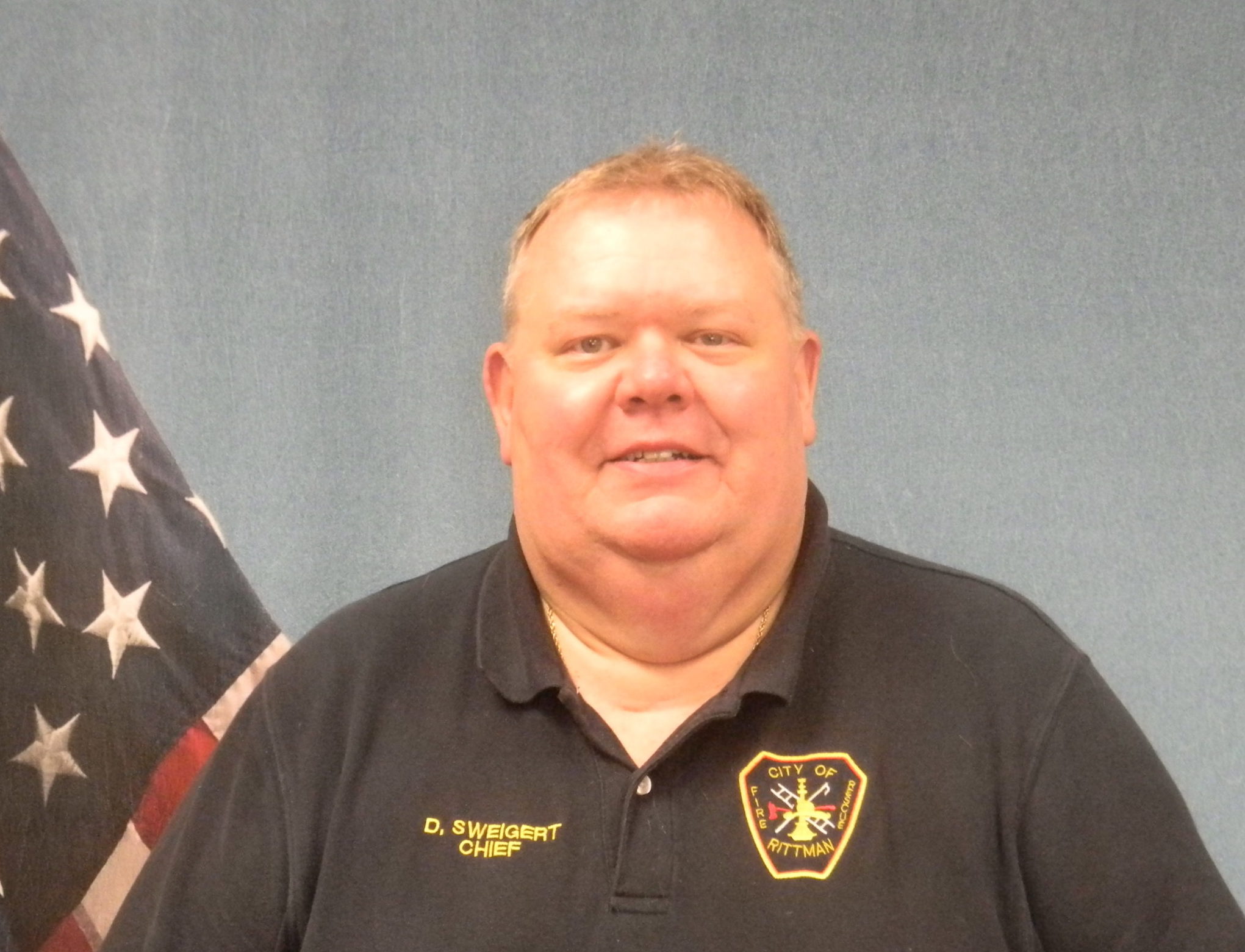 This weeks spotlight features AEMT/FF, Chief Don Sweigert. Sweigert came from a firefighter/emt family. Don’s father, Wayne Sweigert, started in Sterling Fire District/Milton Township Volunteer Fire Department as a firefighter in 1965 and became Sterling’s first National Registered EMT in 1973.  He later obtained his instructor certification and began teaching fire classes around the region.  Unfortunately Don’s father passed away before they were able to “run together” on the department.

Don joined the Sterling department and obtained his EMT Basic certification in spring 1985.  Then in the fall of 1985 he obtained his 36 hour firefighter card.  Don has always been involved in the community, in Sterling he was involved with the boy scouts and would perform as “Santa” for the K of P lodge.  He was always involved in planning and organizing special events like the pancake breakfasts or chicken barbeques and one of his highlights was pulling of the 75th anniversary during the remnants of a hurricane.

Between 2006 and 2009 Sweigert obtained his Advanced EMT, EMS Instructor, Fire Instructor, and Firefighter 1 certifications and began teaching EMS and FIRE classes at the Wayne County Regional Training Facility.  One of the most memorable experiences was the 100 year anniversary of the fire department in 2012.  “The entire team came together and we raised funds for a retiree dinner, a family picnic, and the fireworks show during the Sleepwalker event.”

In 2019, the Fire Department and EMS were merged together and Don was appointed the full time chief.  With 50 part time employees, 1100+ calls for service, and 2 separate budgets to manage, the first year was enlightening and encouraging.  “I am proud of the entire team, those past and present, who helped make this merger seamless and ultimately providing a superior product to serve our community.” Don served the county as President of the Wayne County Fire Chiefs Association from 2020 through the end of 2021.  He led the county PPE inventory and availability, holding weekly meetings to coordinate with other public safety organizations how to address the COVID-19 outbreak.  He also co-chaired the city safety committee and provided leadership and insight on the complexity of the pandemic.

He has been involved in almost every civic organization in Rittman.  Lions Club, Moose Club, RABA, Rotary, Chamber of Commerce President, Chairman of Sleepwalker Festival, and critically involved helping with many other onetime events.

In his spare time, Don likes to ride his motorcycle and recently organized a trip to the Black Hills with 6 other motorcyclists who had NEVER been there before.  He has 3 adult kids and 4 grandchildren and has been married for 37 years to Karen.  Don has lived in Rittman since 2010 and feels it is extremely important to live in the community you provide public service to.  “I absolutely love talking to my neighbors about our city, how to improve, how to make it better.” “I have seen a lot over the 38 years in the public safety service but at the end of the day, it is about being a servant.  As chief, I am servant to my team, and we are all servants to our citizens in our community.”

Don and his team members pride themselves on the quality of care they provide for their patients. Join them at Rittman Fire and Rescue!